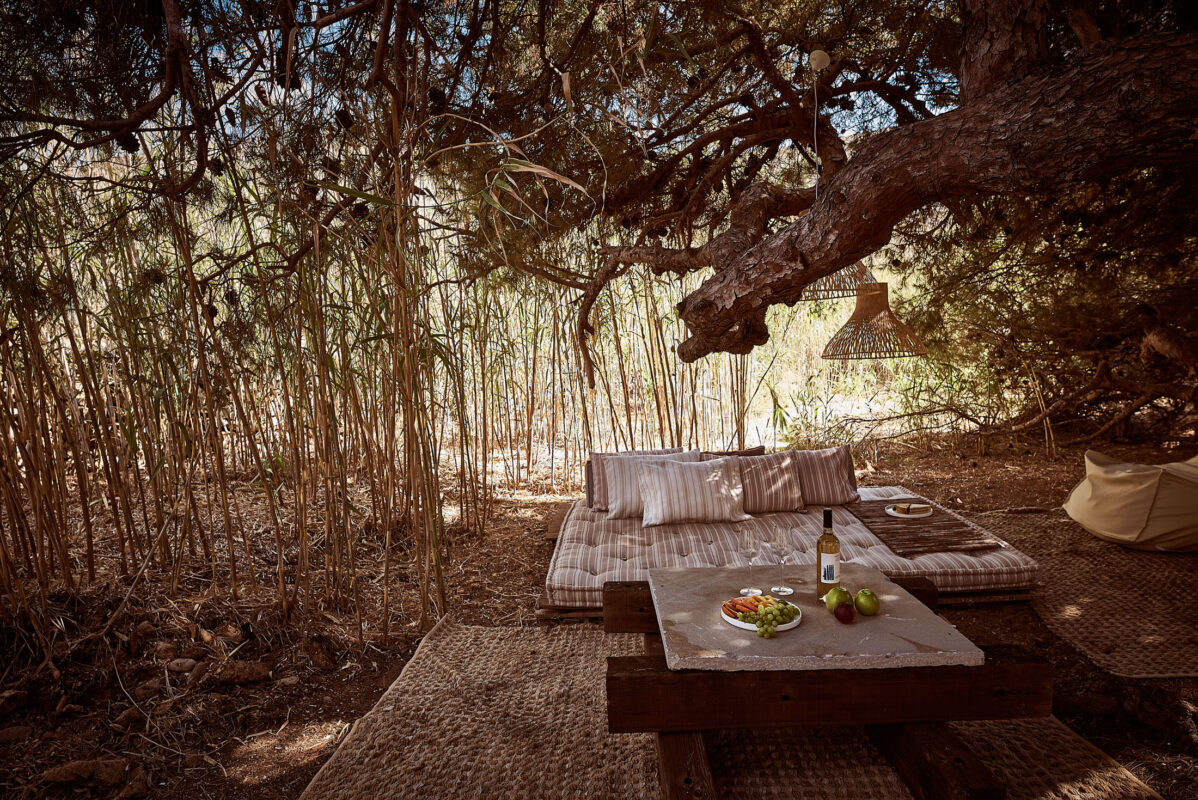 It is quite clear that our hotel represents the wellbeing and promotes the simplicity offered by nature and Cycladic hospitality. In our facilities you can taste finger food made from the best local produce, as well as breakfast served in your room or in the lounge. If you want to discover traditional flavors, then, at a distance of 5 minutes -by your means of transport- you will find taverns that will impress you with their local dishes. 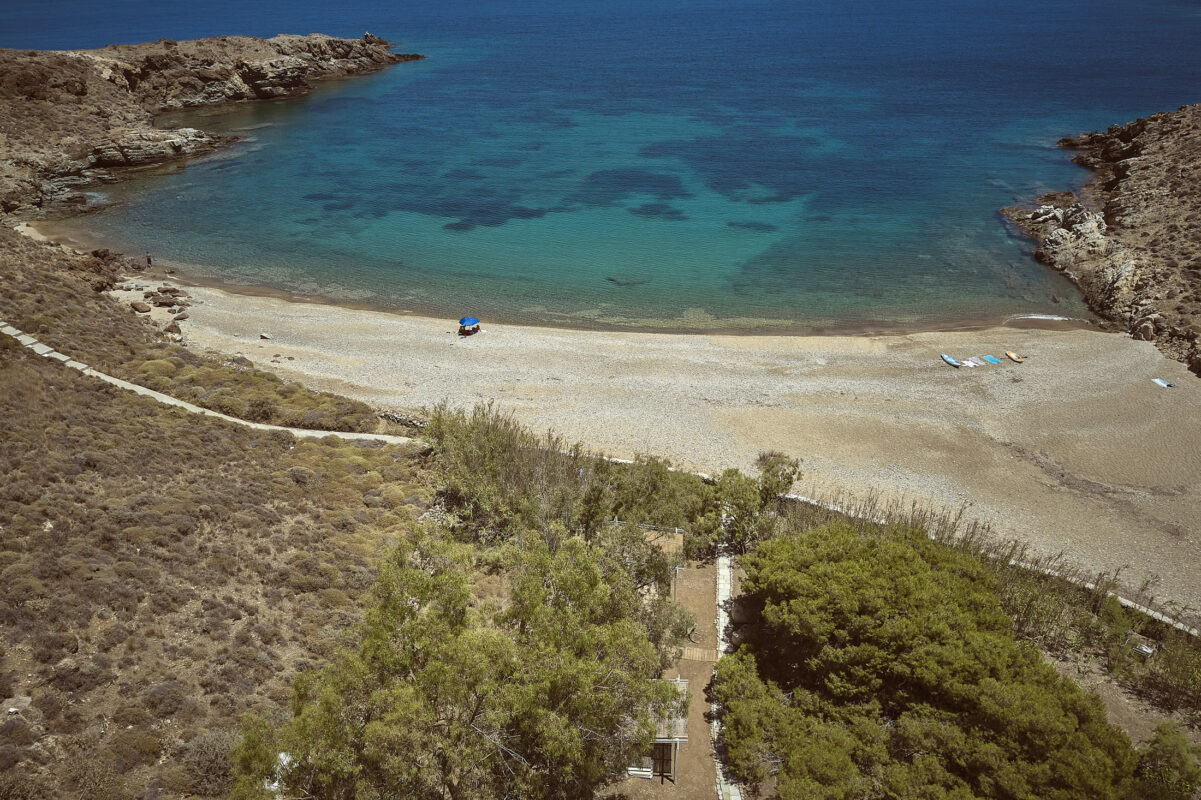 Open the door and dive…

Being literally just one step away, Lia beach is the ideal choice for swimming, in case you’d like to avoid transportation. Lia is a rockbound bay with a wild beauty backdrop, and you will definitely fall in love with its colorful pebbles and the crystal clear waters. On the left, there’s a smaller beach which is accessible only by boat or by swimming. Besides Lia beach, at a distance of just 1,3km from the hotel, you’ll be happy to discover the beach of Agios Sostis. 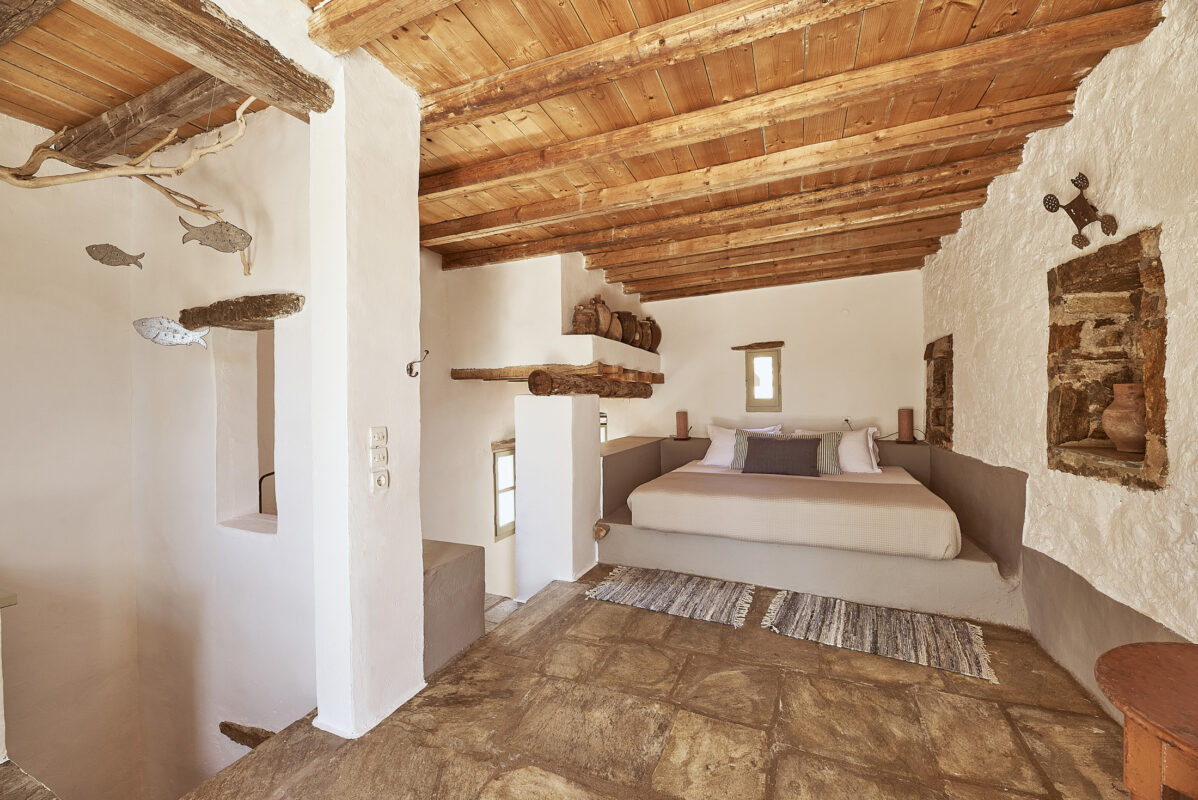 The facilities are fully harmonized with the “wild” side of Serifos. Minimal design with Greek features, which respect the architecture of the island, create the ultimate destination for eco-living paradise. At the same time we offer to our guests a more “primitive” experience, but without the lack of modern comforts. Stone and marble blend harmoniously and create unique spaces for your stay. The private access to the beach and the blue-green water of the sea will make you feel that you are in a secret paradise. 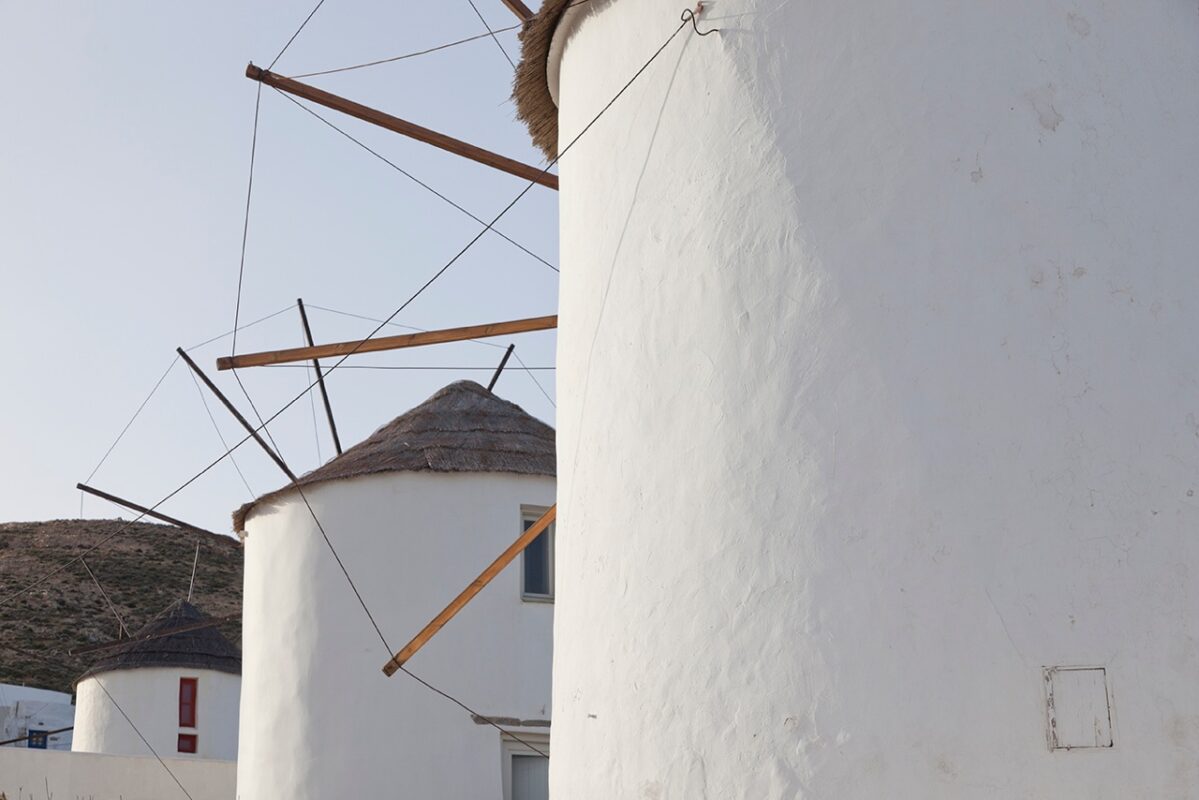 Picturesque villages, whitewashed houses, colorful-domed churches. Due to piracy, sun and wind the architecture took on a defensive character.
On Antiparos and Folegandros the houses were built inside a closed fortified castle. On Santorini we find the unique cave-houses, which are settled at the edge of the Caldera. On Tinos there are the famous dovecotes.
Characteristics of Cycladic architecture are also the traditional windmills used in the past to grind grain. Almost every village used to have its own windmill. 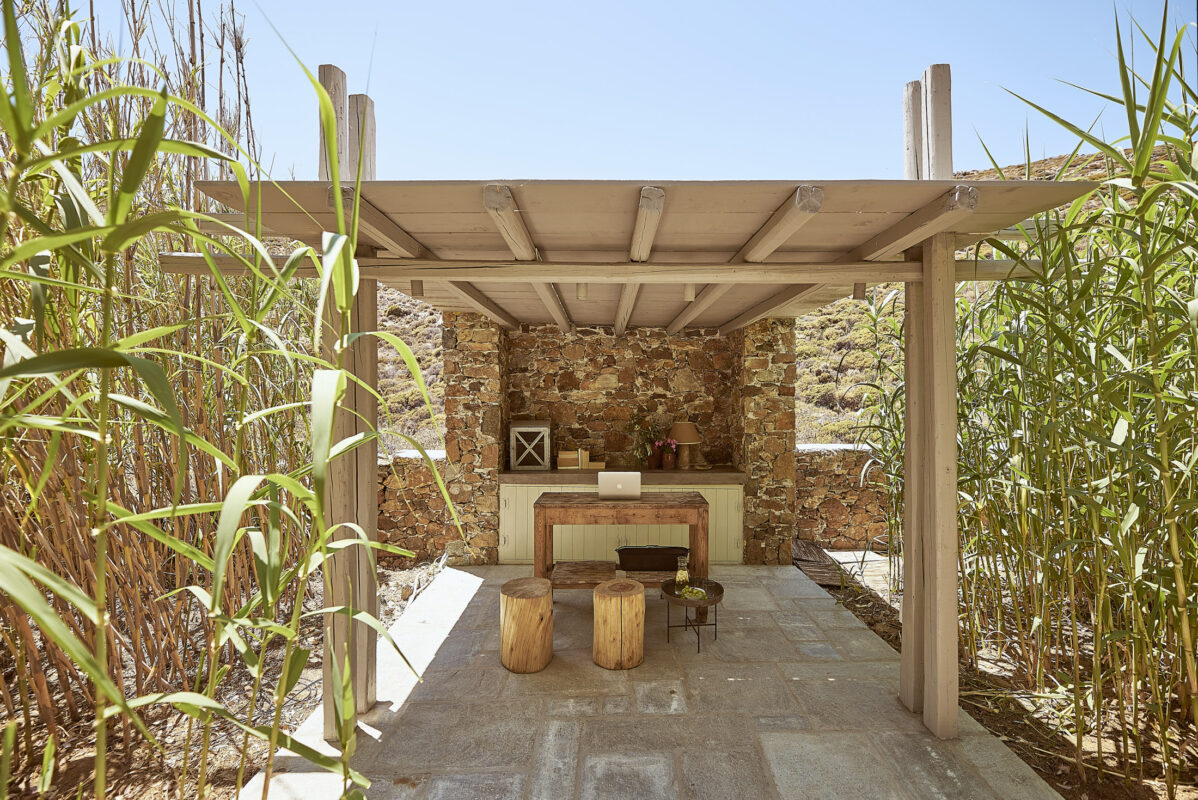 What’s the future of ‘green’ travel?

According to the National Geographic, shortly the focus of a green travel will be placed on the fuel rather than the plane and airlines invest heavenly in sustainable aviation fuelto cut levels of carbon dioxide.
The battery power is also the solution where some companies believe in. However, there are serious doubts, due to the size and the weights of the batteries required, but hydrogen seems to be an alternative. 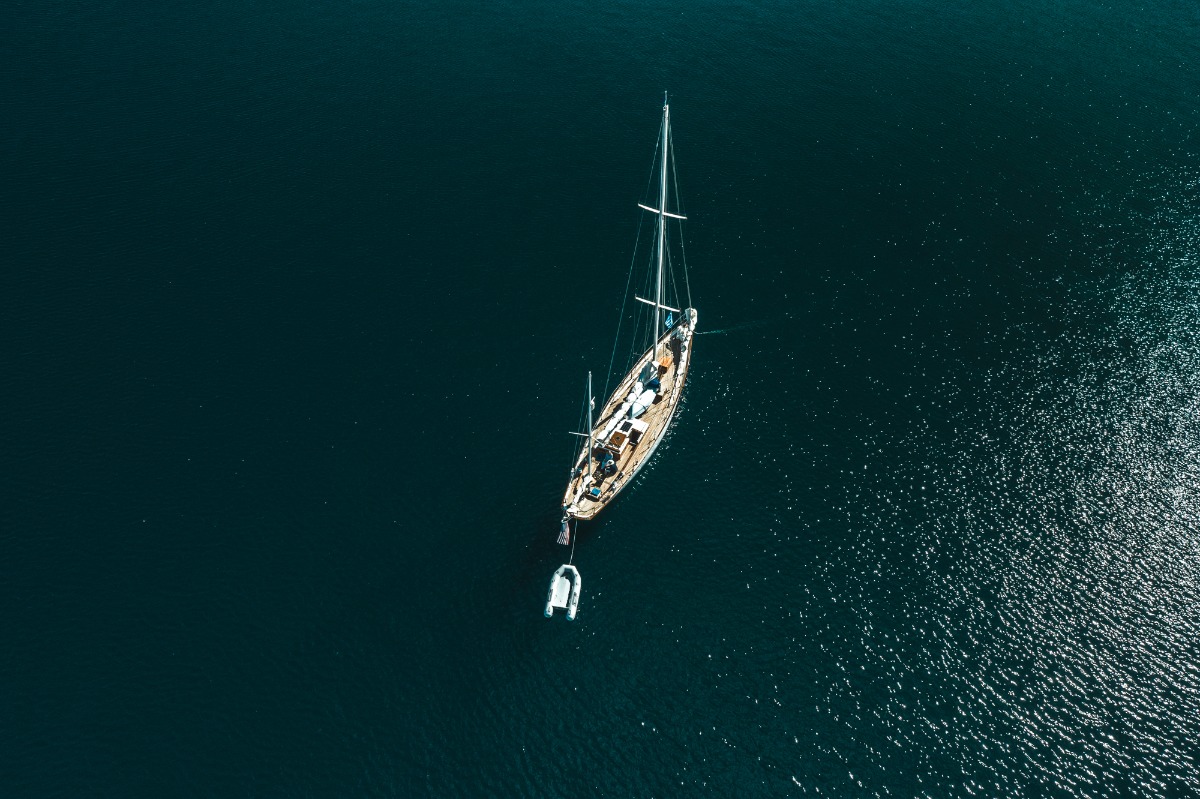 The Peace of nature Debuting the newest location of Nature Hotels, Nature Eco Living Serifos welcomes you to explore the newest barefoot summer holiday destination. Traditional decorated rooms, hidden between Eucalyptus trees, pine trees and olive trees. Relax and reset in Lia beach. Experience SUP Yoga or jet ski in the nearby beaches, organize a daily boat trip around Serifos and create the perfect balance of relaxation and recreation.